Join us for an exclusive tasting of WE. WS & WD 90+ point Wines from The Venge (ven-ghee) family in Napa Valley. wines.

The Venge (ven-ghee) family has farmed vitis vinifera varieties in Napa Valley for nearly half a century. It is a journey that began when Knud Venge emigrated from Denmark to the United States in the early 1900’s. Knud’s son, Per Venge, found his passion in the wine and spirits industry and started Vencom Imports, focusing on the importation of Western European fine wines and spirits. It was Per’s son, Nils Venge, who left the family business in the 1960’s with a vision to study viticulture at UC Davis and establish the family name as an icon in the winegrowing community.

The family’s viticultural roots flourished in 1976 with the purchase of a 17-acre vineyard in the Oakville District that was planted to Cabernet Sauvignon and Merlot. This fortunate development cast the family among the winemaking pioneers of Napa Valley.

Nils’ and Dianna Venge’s son, Kirk Venge, gravitated to winemaking at an early age. He proved to be as talented a winemaker as his father, making wines in his own style, with a vision to build on the family legacy. In 2008, Kirk achieved his lifelong dream and acquired full ownership of Venge Vineyards. Today, Kirk continues the Napa Valley heritage, focusing on select vineyard sites that produce fruit worthy of bearing the Venge family name. 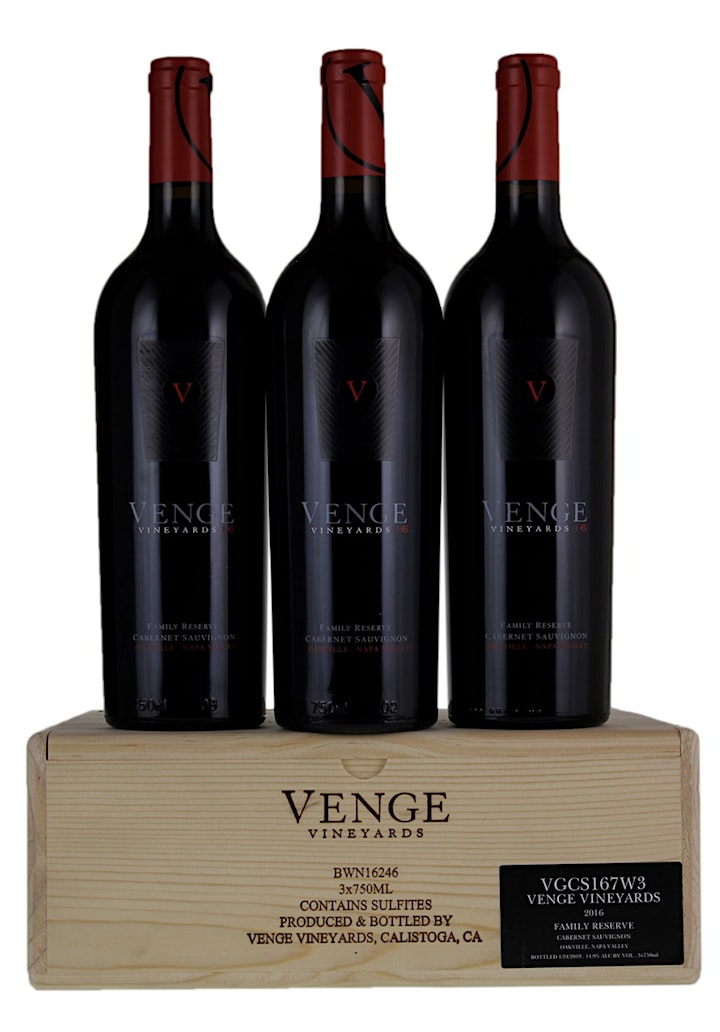